The stock gains followed reports of property market easing in Shenyang, the capital city of the northeastern province of Liaoning.

“It does seem that the general consensus is that we are already at rock bottom and the future does look a bit brighter, although short term market sentiment and liquidity concerns will likely persist,” Patrick Ge, an analyst at Morningstar, told CNBC on Thursday. 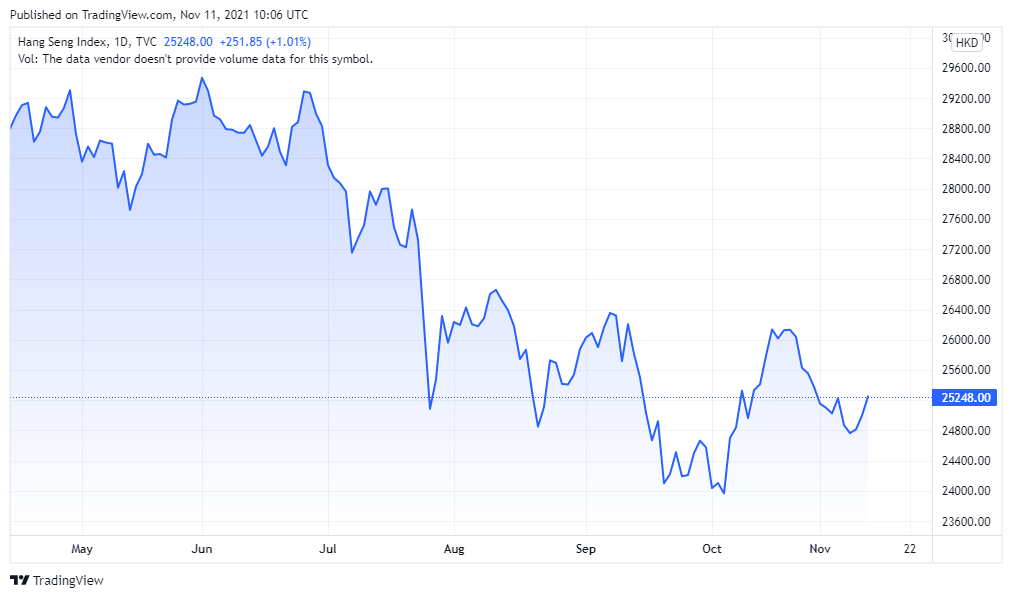 Employment in Australia fell unexpectedly by 46,300 in October, seasonally adjusted estimates from the country’s Bureau of Statistics showed. That was far off analyst expectations for a 50,000 rise, according to Reuters. Unemployment also rose climbed to 5.2% higher than the 4.8% expected in a Reuters poll.

“While employment is 2.5% below its pre-Delta levels and the unemployment rate is 0.6 percentage points higher than pre-Covid, we expect the labour market to make a full recovery from the Delta associated losses.We expect the labour market to eventually recover in 2022 and be stronger than pre-Delta.” Diana Mussina, the senior economist at AMP Capital, wrote in a note.

The U.S. dollar index, which tracks the greenback against a basket of its peers, was at 95.03 after seeing levels below 94 earlier in the week.

The Japanese yen traded at 114.06 per dollar, weaker than levels below 113 seen against the greenback yesterday. The Australian dollar was at $0.7295, still off levels above $0.74 seen earlier this week.

Oil prices were lower in the afternoon of Asia trading hours, with international benchmark Brent crude futures down 0.11% to $82.55 per barrel. U.S. crude futures slipped 0.12% to $81.24 per barrel