Global Markets were mixed, majority of them loosing ground last week yet remain in a steady and mostly uninterrupted uptrend since the beginning of the year. Despite the smooth sailing, a look under the hood reveals some major reversals in the second quarter from the first, with the market suggesting a more cautious undertone.

The major indices, considers global markets benchmark ended lower, but the S&P 500 Index and Nasdaq Composite reached new intraday highs at midweek before falling back. The small-cap Russell 2000 Index underperformed for the third consecutive week, further surrendering its leadership over the large-cap S&P 500 Index for the year-to-date period.

The yield on the benchmark 10-year U.S. Treasury, seen as global benchmark note jumped briefly following the release of the retail sales data but ended lower for the week as a whole.

Growth and inflation data appeared to remain in the spotlight during the week. Stocks fell back on Tuesday, following the release of data showing that headline and core (excluding food and energy) consumer prices had jumped 0.9% in June, roughly twice consensus estimates. It was the fastest 12-month increase in the core rate (4.5%) since 1991. Surging used-car prices were again responsible for about one-third of the increase, but the inflationary pressures were broadly felt by consumers—food prices increased 0.8% in the month, and gasoline prices rose 2.5%. On Monday, the New York Federal Reserve reported that year-ahead inflation expectations had reached 4.8%, the highest on record in data going back to 2013.

Fed Chair Jerome Powell’s scheduled testimony before Congress on Wednesday and Thursday may have blunted the negative impact of the inflation data on markets. While acknowledging that the recent spike in inflation was larger than he expected 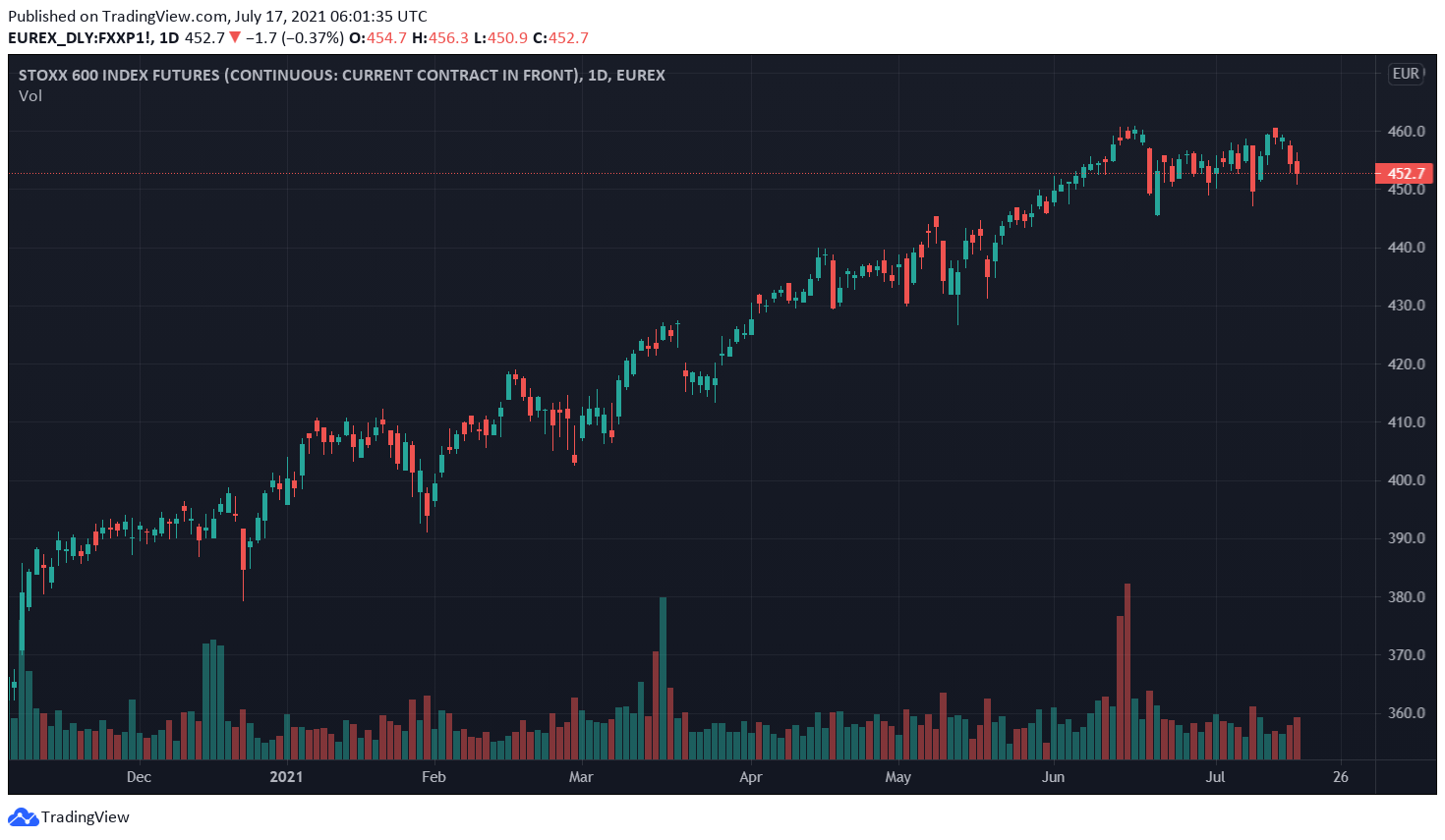 UK consumer price inflation increased to 2.5% in June—the highest level since August 2018—and up from 2.1% in May. The Office for National Statistics cited increased prices for food, fuel, secondhand cars, clothing, and footwear as key factors. Subsequently, Bank of England Deputy Governor Sir Dave Ramsden and Monetary Policy Committee member Michael Saunders asserted that there could be a case for tightening global policy soon because of growing global inflationary pressures. Saunders said that options could include halting bond purchases in the next month or two—as opposed to in late 2021, as previously messaged by the bank—and further policy action next year.

In a choppy week, the Shanghai Composite Index and large-cap CSI 300 Index rose by 0.4% and 0.5%, respectively. Markets showed relief after China’s second-quarter gross domestic product (GDP) report on Thursday was in line with expectations.

Analysts welcomed the central bank’s move to follow a global trend,  on July 9 to cut the required reserve ratio for banks by 0.5%. The move was swifter and more broad-based than expected and may offer some insurance against a second-half slowdown. China’s bond market recorded inflows of USD 10 billion in June. The yield on the 10-year government bond fell five basis points to 2.97%, marking the first time since August 2020 it fell below 3.0%. In currency markets, the renminbi was little changed and closed at 6.471 versus the U.S. dollar.

Increased regulatory scrutiny of U.S.-listed Chinese internet companies like ride-hailer Didi Chuxing continued to concern foreign investors. Commercial law firms in Hong Kong said that Beijing’s stricter cybersecurity and antimonopoly regulations could accelerate the trend for Chinese companies to list in Hong Kong. While the valuations of China’s leading internet companies could suffer in the short term, analysts said a more transparent legal and regulatory regime could benefit the sector in the long term.

Japan’s stock markets, a directional global markets from the East registered modest gains for the week, with the Nikkei 225 Index up 0.22% and the broader TOPIX Index gaining 1.04%. Tokyo was placed under its fourth coronavirus state of emergency, lasting until August 22 and covering the duration of the Olympic Games, as part of the government’s efforts to contain a resurgence in COVID-19 infections. The capital registered its highest daily count in new cases since January during the week. Against this backdrop, the yield on the 10-year Japanese government bond fell slightly to 0.02%, while the yen was broadly unchanged at JPY 110.04 against the U.S. dollar.

At its July meeting, the Bank of Japan (BoJ) left short- and long-term interest rates unchanged and voted unanimously to maintain its asset purchase program, as was widely expected. The central bank guided for the continuation of qualitative and quantitative easing with yield curve control—as it aims to achieve its price stability target of 2% inflation—for as long as it is necessary to maintain that target in a stable manner.