Oil prices slipped on Thursday, paring back only some of the large gains made the previous day on the back of a larger-than-expected drawdown in crude oil stocks in the United States. 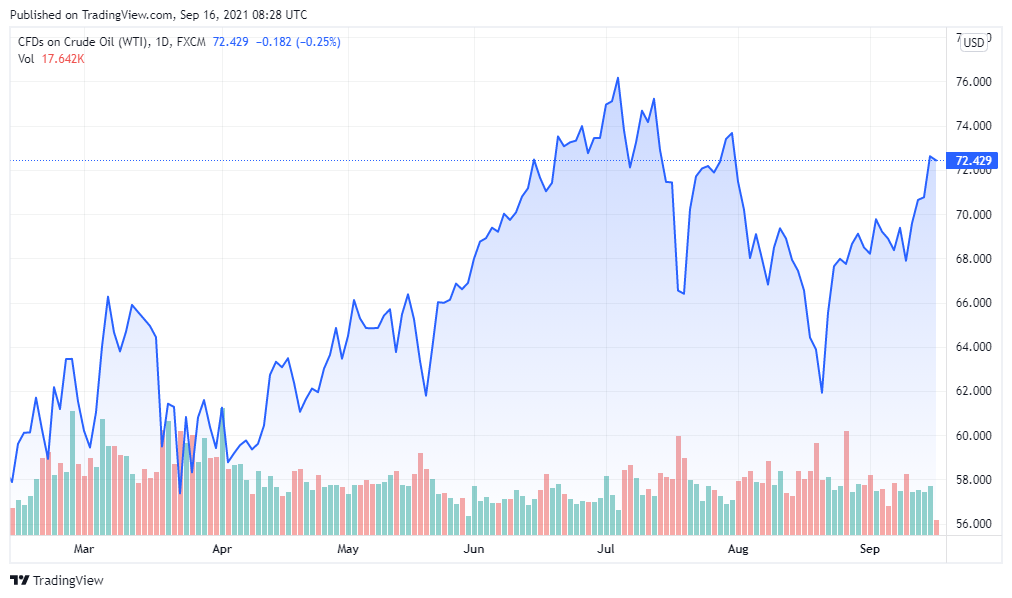 “The data follow warnings from the International Energy Agency that supply lost from storms in the Gulf of Mexico would offset gains from OPEC,” analysts from ANZ Research in a note on Thursday.

The storm caused a global decline in supply for the first time in five months but the market is set to begin approaching balance in October as the Organization of the Petroleum Exporting Countries (OPEC) and allies such as Russia, a grouping called OPEC+, carry out plans to increase supply.

U.S. Gulf energy companies have also been able to quickly restore pipeline service and electricity after Hurricane Nicholas passed through Texas, allowing them to double down on efforts to repair more significant damage from Ida.

Nicholas caused minor flooding and power outages in Texas and Louisiana, where some refineries remained offline in the wake of Category-4 Hurricane Ida.

Ida shut a large portion of the U.S. Gulf offshore oil and gas output. About 30% of U.S. Gulf production remained shut as of Wednesday, according to the Bureau of Safety and Environmental Enforcement.