Oil prices held steady on Friday after OPEC+ ministers delayed a meeting on output policy as the United Arab Emirates baulked at a plan to add back 2 million barrels per day (BPD) in the second half of the year. 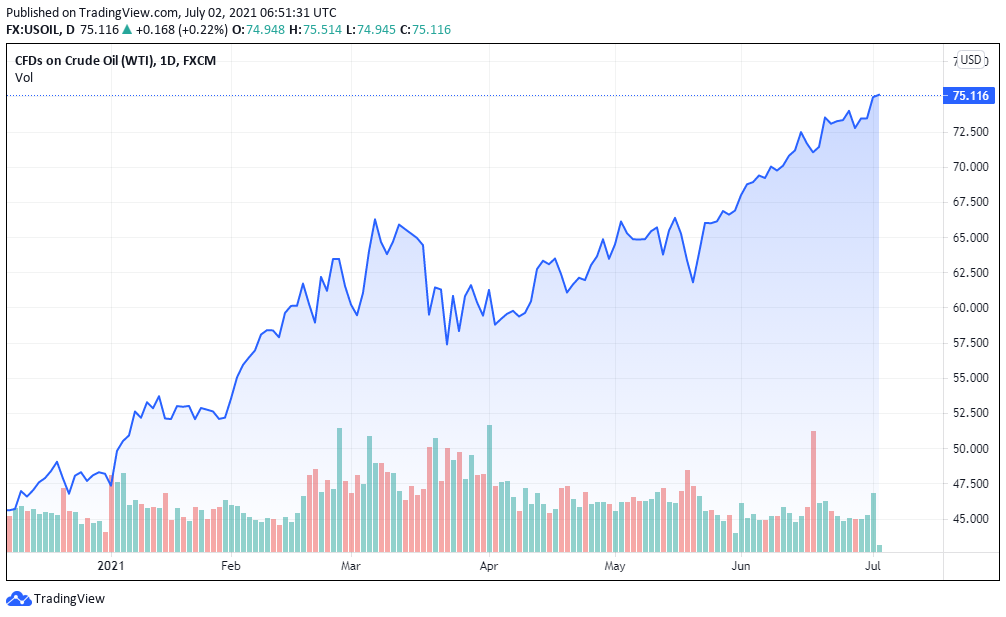 Both benchmark contracts posted strong gains on Thursday as a plan backed by Saudi Arabia and Russia for the Organization of Petroleum Countries and allies, together known as OPEC+, to add back 400,000 BPD each month from August through December 2021 was more cautious than investors had expected.

Prices retreated after the plan met resistance from the UAE and OPEC+ postponed a ministerial meeting to Friday.

“Failure to come to an agreement could mean that the group continues with current levels of production, which would mean that the market tightens even quicker, If existing curbs are extended, however, some OPEC+ producers may be less willing to stick to their quotas, which would result in an increase in supply. ” ING commodities strategists.

WTI was on track for a 1.6% rise for the week with the U.S. crude market seen tightening as refinery runs pick up to meet recovering gasoline demand, while U.S. shale oil production has not risen at the same pace.

Brent was heading for a 0.5% fall for the week, reflecting concerns about fuel demand in parts of Asia where cases of the highly contagious COVID-19 delta variant are surging.

Citi analysts said they do not expect WTI to climb to a premium to Brent, as they expect U.S. oil output to pick up at the end of 2021 and grow further in 2022.

Most Kenyan MSMEs Operating Within ICT and Agricultural Sectors