South Africa’s (SA) economy contracted the most since 1946 as restrictions to curb the spread of the coronavirus pandemic ravaged output and disrupted trade.

Gross domestic product in SA  shrank 7%, compared with a 0.2% expansion in 2019, according to a report released by Statistics South Africa Tuesday in the capital, Pretoria. That’s the biggest decline since 1920 when output dropped by 11.9% during the two-year post-World War I recession, central bank data shows. 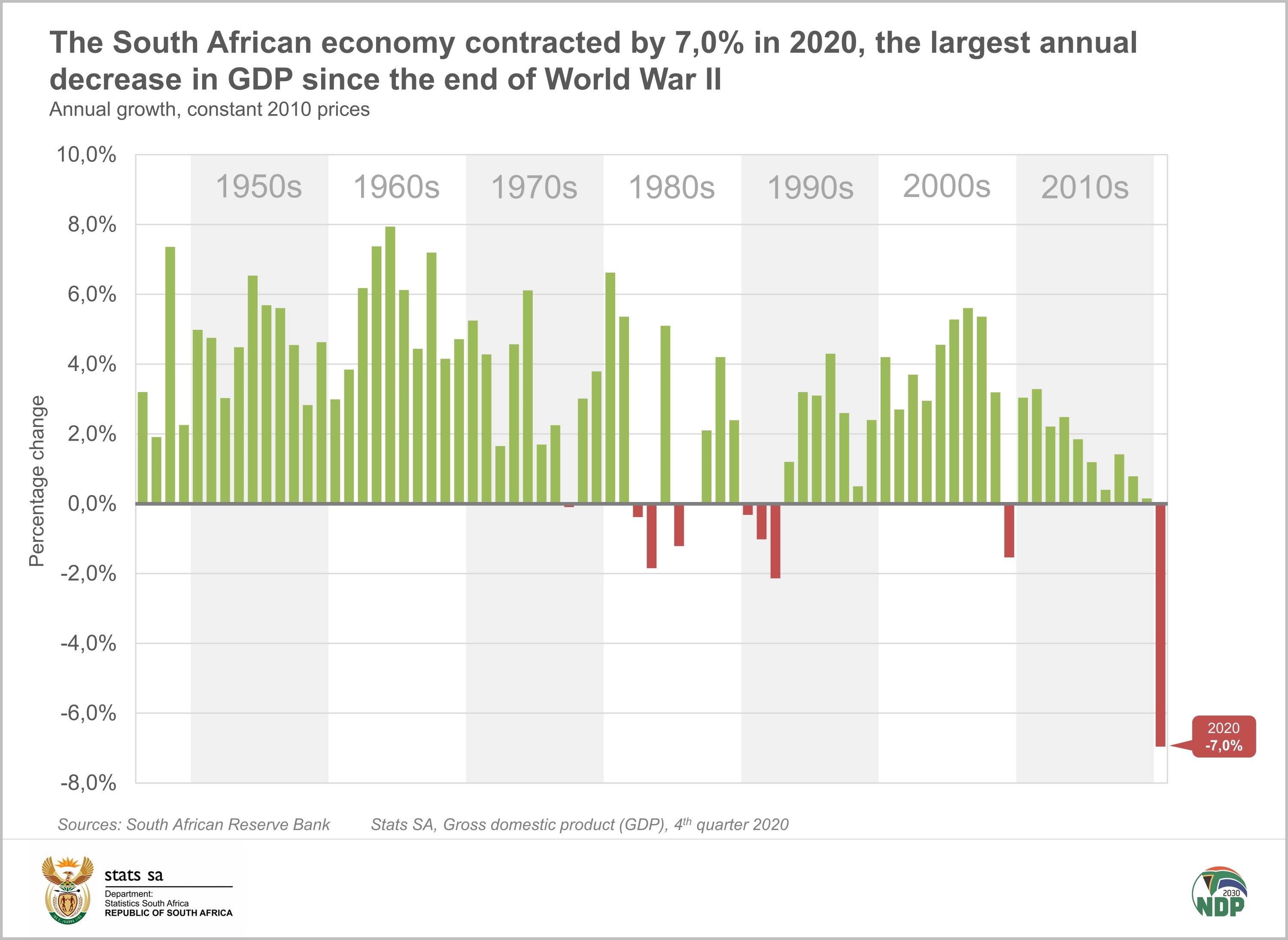 However, despite the prevailing pandemic, the economy grew by 1,5% in the fourth quarter, giving an annualised growth rate of 6,3%. This follows the revised 13,7% (annualised: 67,3%) rise in economic activity recorded in the third quarter.

According to the report, eight of the ten industries made positive gains in the fourth quarter, most notably manufacturing. Agriculture also recorded a notable increase, expanding production by 13.1% in 2020.

The gains were attributed to increased production in food, beverages, motor vehicles and trade.

All other industries were greatly affected by the construction industry, contracting by 20,3%. This marks the industry’s fourth consecutive year of economic decline.

The transport and communication industry was not immune to the pandemic’s effects, with the decline in air travel contributing to the contraction in the sector.

Rail and road freight operators also found themselves hamstrung by restrictions placed on various goods’ production and movement during the second quarter.

Despite a strong showing in the fourth quarter, manufacturing production was down for the entire year, falling by 11,6%. This was mostly due to work stoppages in the second quarter and a fall in demand for steel, amongst other reasons.