With massive fiscal stimulus helped the U.S. economy grow at a 6.4% annualized rate in the first quarter, investors have been banking on an infrastructure agreement that could steer the next leg of the recovery for the world’s largest economy and fuel more stock gains.

“In the short term, I think there will be some ‘buy the rumor and sell the news’ in materials and industrials, but as we start to see more details come out about how the money will be spent, I think we will get a continued benefit,” said Sal Bruno, chief investment officer at IndexIQ in New York.

Fueling the S&P 500’s gains more than any other stock, Tesla Inc rose 3.5% during trading on wall street after Chief Executive Officer Elon Musk said he would list SpaceX’s space internet venture, Starlink, when its cash flow is reasonably predictable, adding that Tesla shareholders could get preference in investing. 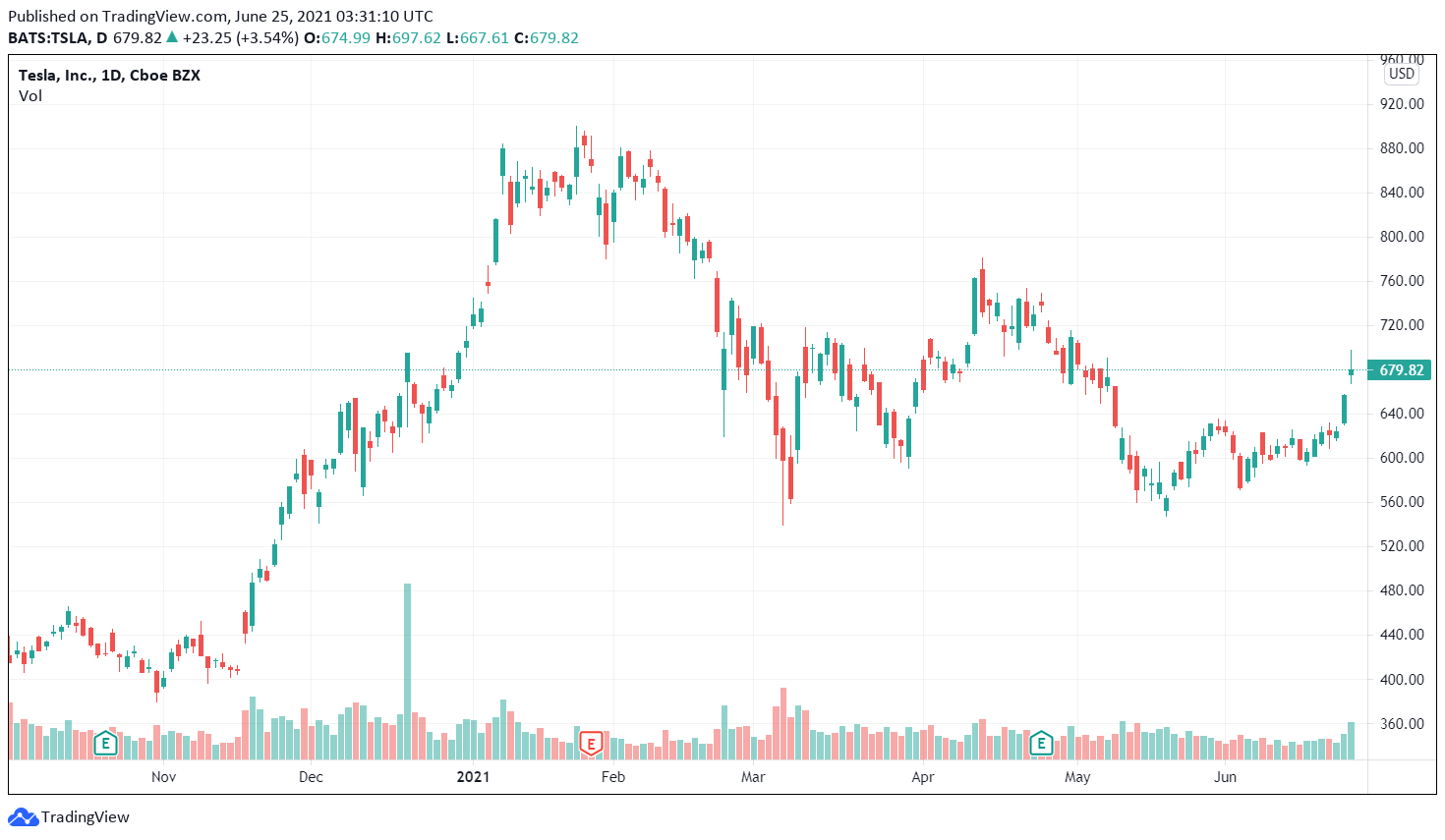 Mega-caps PayPal and Facebook Inc each gained more than 1% on wall street, and were also among the biggest boosts to the S&P 500 and the Nasdaq.

Microsoft added 0.5% and ended with a market capitalization above $2 trillion for its first time as the company launched windows 11.

Initial claims for state unemployment benefits fell 7,000 to 411,000 for the week ended June 19, the Labor Department said on Thursday, but were still higher than the 380,000 that economists had forecast.

The Commerce Department said the economy grew at a 6.4% rate last quarter, unrevised from the estimate published in May.

So far this month, the S&P 500 growth index has climbed almost 4%, outperforming the value index’s 2% drop.

Volume on U.S. exchanges was 9.2 billion shares, less than the 11.0 billion average over the last 20 trading days.

Eli Lilly and Co jumped 7.3% on wall street to a record high after the drug-maker said it would apply for the U.S. Food and Drug Administration’s accelerated approval for its experimental Alzheimer’s drug this year.

In response, Biogen Inc, which received a controversial approval for its Alzheimer’s drug aducanumab earlier this month, tumbled 6.1% during trading hours on wall street.

Accenture Plc gained 2.1% after the IT consulting firm raised its full-year revenue forecast.

Advancing issues outnumbered declining ones on the NYSE by a 2.29-to-1 ratio; on Nasdaq, a 2.44-to-1 ratio favored advancers.